In February, the HDD SIJ Acroni Jesenice hockey team organized the Teddy Bear Toss charity match for the second year in a row. The charity match brings together the local community in a selfless and openhearted way - on one hand, the fans who collect teddy bears to reward the first scorer on the home team, and on the other, the team that passionately fights to score goals and collect as many teddy bears as possible to be donated. This year, the hockey team, together with the fans and sponsor SIJ Acroni, collected more than 800 toys for the children being cared for on the pediatric ward of the Jesenice General Hospital.

As for the emotions and the meaning such matches hold for the team, Patrik Rajsar, the first scorer of the match, said: “The feeling is indescribable. Every goal is special and memorable in its way, but this one stays with you forever – the teddy bears raining on the ice when you score is a unique experience. Matches with a charity component are one-of-a-kind. They give each of us individually and to the team as a whole an extra boost of positive energy, a mind of steel and additional determination. It really brings to the forefront the feeling that in addition to winning and playing well, you were also able to bring a smile to someone’s face in difficult times.”

Marcel Rodman, Sports Director at HDD SIJ Acroni Jesenice, added: “The Teddy Bear Toss campaign was even more successful this year than the year before. We like taking part in charity campaigns and giving back to the local community. Such campaigns are always a good indicator that in Jesenice, we really bring our motto "One team, one heart" to life when it comes to charity. We are pleased that this year, we were joined by SIJ Acroni, as we are even stronger together. This campaign is truly special, because in addition to the charity component, the event is also interesting for our players - it doesn't happen every day that your goal is rewarded with teddy bears. We would like to thank our loyal fans, the pediatric ward at the Jesenice General Hospital and the SIJ Acroni company for making it possible for this campaign to achieve its full potential.”

This year's campaign has risen to even greater heights, as we were joined by the main sponsor of the club, SIJ Acroni, who donated additional.

"Companies in the SIJ Group are always happy to respond to charity initiatives in our local community, and today, we are even more delighted to join our players’ charity campaign with such a noble cause as is improving the children’s hospital stay. If we bring at least a little bit of joy to the children at the Jesenice General Hospital, where we believe they are very well taken care of, we have reached our goal. Above all, we wish the little heroes a lot of health and a mind of steel, which helps us achieve even the goals that may initially seem out of reach,” said Irena Kolenc Janović, the Corporate Communications Specialist at SIJ Acroni. 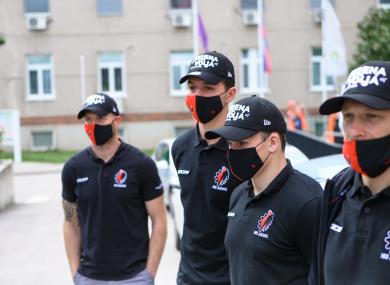 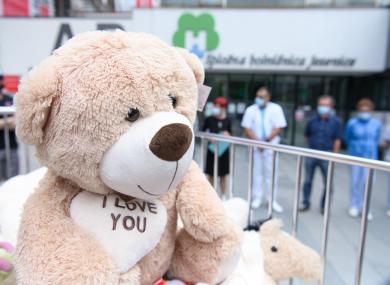 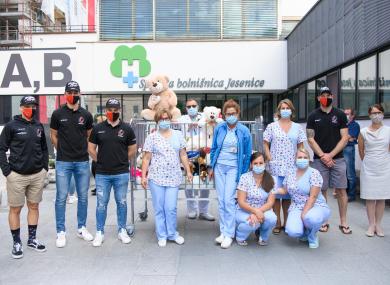 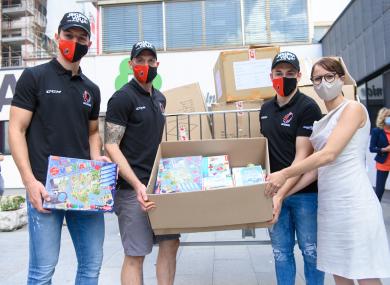