MAY THE MAN WHOSE WILL OF STEEL BE STRONGER PREVAIL!

Jesenice, 19th June 2020 –  This is the provocative approach the organisers and competitors took at the Made of Steel tournament at the Podmežakla sports centre last Friday, wishing to bring back the tradition of street hockey. We were reminded of the days when games in the parking lots were no less fearsome than the ones played by the pros on ice at Podmežakla. The boys at Bokal street hosted the ones coming from Titova, while the lads from Centre 2 came to the old market. In the short autumn and winter days, not even the darkness drove them away, and they crossed their hockey sticks even in the spring and in the middle of the summer, when, in the early days of August, the first signs of the new hockey season were beginning to show.

During the course of Dnevi športa, the annual sports festival at Jesenice, HDD SIJ Acroni Jesenice, supported by their main sponsor SIJ Acroni of the SIJ Group, and in collaboration with the Jesenice sports office, the Jesenice sports association and the Municipality Jesenice, organised the Made of Steel tournament. It is another one of the events that are closely associated with the Made of Steel project, the activation of sports sponsorships from the SIJ Group, aimed at awakening the minds of steel of the young, recipients of sports scholarships and sports clubs across Slovenia.

Why Made of Steel? To be made of steel is to possess that unyielding strength that keeps us on our feet after each defeat and causes us to go higher – this was born right here on the streets of Jesenice. The steelworkers, the hockey players of HDD Acroni Jesenice, are well renowned for having a mind of steel, because they show over and over again that any obstacle can be overcome when you show an unyielding strength of character. The Made of Steel tournament in street hockey therefore took place under the slogan: May the man whose will of steel be stronger prevail!

One of the main initiators of the Made of Steel tournament was Brane Jeršin, a long-time hockey professional, now a member of the Jesenice sports association, “Marcel Rodman, the sports director of HDD Acroni Jesenice and I thought how rarely we see kids playing street hockey in the parking lots across town nowadays. An the idea came up to bring back street hockey.[ ... ] The idea was also accepted enthusiastically by the general sponsor of the club, SIJ Acroni Jesenice. [… ] ”

The Made of Steel tournament attracted a number of young hockey fans outside the steelworkers’ hockey sanctuary, and we can say that they were bursting with a will of steel. In support of the contestants, a large number of real hockey fans came out, and the atmosphere was as overwhelming as it could be. In the tournament, 8 teams of 6 players pitted their minds of steel against each other in age groups from 8 to 10 and 10 to 12.

In the end, the best two teams in the age groups put together a joint team to battle it out for the main prize and title of Made of Steel tournament champion, against the players of HDD Acroni Jesenice. The steel hockey stick, specially designed for this occasion by SIJ Acroni Jesenice, was triumphantly raised by a team of young challengers, who, in a dramatic showdown, only came to victory after a penalty shootout.

The captain of the winning team in the category 10 to 12 years of age, Benjamin, really stood out with his penalty shot, which went past the goalie of HDD Acroni Jesenice, Urban Avsenik, “I play ice hockey in the U12 category. It was great playing this tournament, and I'm so glad our team won. The players of HDD Acroni Jesenice didn't scare us."

After the tournament, the sports director of HDD SIJ Acroni Jesenice Marcel Rodman, said, “I would like to point out Jesenice has always been the home of street hockey. I am pleased that we have organised such a tournament, even though it wasn't as large as we had hoped, due to obvious reasons. I think it's important that our hockey club is involved in this sort of thing. I hope that our cooperation will be even more concrete in the coming years and that we will be able to get more kids involved. That way, we can bring hockey back to the streets of Jesenice.” 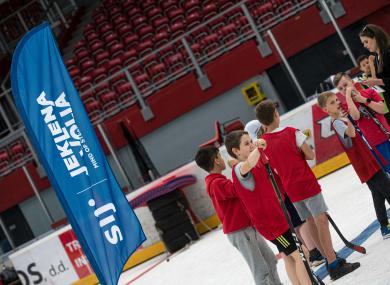 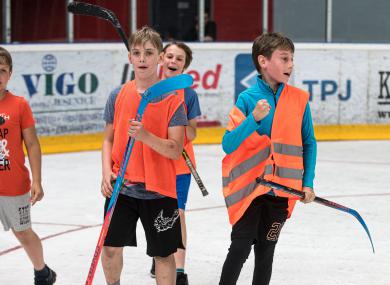 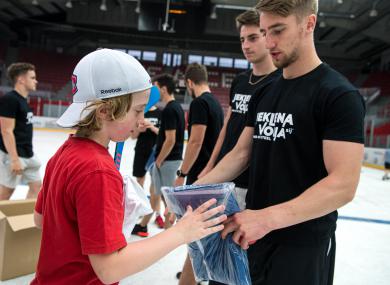 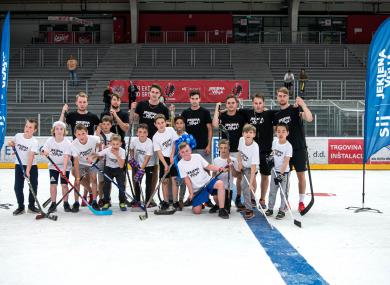